In memory of Tom, with thanks to God 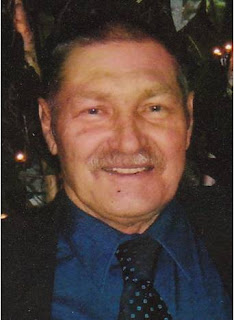 My friend Tom died today. I saw him take his last breath. And as he did, he embarked upon a passage like no other as he passed from this fragile world to where he will live an exhilarating new life for eternity. Tom is now enjoying the glorious presence of the Lord Jesus, surrounded by the wonders of heaven, and blessed with a new body that causes him no pain.

As I stood at the foot of his hospital bed, staring at the peaceful expression on Tom's face, I wondered at the miracles Tom had experienced to prepare him for this day, and I felt honoured to be with him as he was ushered into his heavenly home.

I met Tom in 1989. He lived in the neighbourhood our church had recently moved into. And because Tom was such a friendly guy, he was one of the first people we met as we went out to get to know the people in our new neighbourhood. He had a great sense of humour and the same desire to help people in his neighbourhood as we had. But there was one difference between us. We came to show people the love of Jesus, and Tom couldn't stand hearing the name of Jesus even mentioned.

I remember the first time it happened. I was chatting with Tom and his wife Wendy in their living room, and I mentioned Jesus. Tom was up and out of the room with no warning and, according to Wendy, with no plans to return until I was gone. It was not the last time I would witness such an episode in my friendship with Tom.

I quickly learned that if I wanted to be friends with Tom and wanted him to stick around during a visit with him, I had to avoid mentioning Jesus. So I decided that, rather than trying to tell Tom about Jesus, I would try to show him what Jesus was like.

But not mentioning Jesus was difficult at times, for there were ways in which Tom clearly needed Jesus in his life. When I met Tom, he was on disability after having fallen 30 feet from a steel beam onto a concrete floor. Since that accident, pain was a routine part of his life. Tom's health began to suffer in other ways after he was diagnosed with diabetes. And then his wife Wendy left him due to personal issues that she too was grappling with. But still Tom was unwilling to talk about Jesus. He would weather these storms by his own strength. And I and others from our church continued to keep in touch with him, helping him with needs that arose, seeking to show him that the love of Jesus was not something to run away from.

Then a day came when Tom came to the end of his own resources. I remember that day well. Tom phoned me and asked if we could do coffee somewhere. As we talked over coffee and donuts (that he shouldn't have been eating), he poured out his pain. He asked me what was he to do? I said, "Tom, you're in trouble and you called a pastor. What do you want me to say? You need Jesus!" This time he didn't run away. Tom asked Jesus to become Lord of his life that day. And he began a new journey of following Jesus that would lead him to joyfully renew his wedding vows with his wife, and then to this day when, with Wendy weeping at his side, he would finally enter heaven's gates.

To me, it all seems a miracle. A man who once had no time of day for Jesus would now find immeasurable joy in His presence for eternity. A man who wasn't able to stay in the room if Jesus' name was mentioned was now being welcomed into Jesus' throne room where he would be lovingly and eternally embraced as a son. No wonder the Bible speaks of "the immeasurable riches of His grace in kindness toward us in Christ Jesus" (Ephesians 2:7). Though we reject Him for years, if we eventually turn to Him in our need, He will welcome us into His eternal kingdom where "He will wipe away every tear from their eyes, and death shall be no more; neither shall there be mourning, nor crying, nor pain anymore, for the former things have passed away" (Revelation 21:4).

Tom couldn't be persuaded of all this with words alone. But when he experienced God's love through God's people, his heart became open to receive. This is how many people can experience the same miracle that occurred in Tom's life if we reach out to people in word and deed. And it's how witnessing a good friend's death can actually bring us joy.

Email ThisBlogThis!Share to TwitterShare to FacebookShare to Pinterest
Labels: 49. Ephesians, 66. Revelation, reaching out