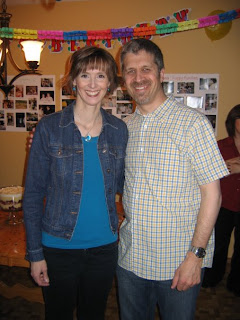 Nobody gets married because they’re looking for a fight. A man and a woman get married because they want to share the rest of their lives with the person they love. Think about it though. Can two imperfect people spend the rest of their lives together, in close proximity, and never experience conflict with each other? After 18 years of marriage and 17 years as a pastor, my conclusion is, no, not a chance! Arguments happen in every marriage. The trick isn’t finding the secret of how to have a fight-free marriage, but rather, discovering how to fight fair in a marriage by establishing the appropriate boundaries for the arguments spouses are sure to have.

That’s why I believe every husband and wife should know the rules of engagement for having a healthy argument. That way, when an argument takes a couple by surprise, each person has a pre-determined understanding of what’s appropriate. I’ve observed that however simple some of these rules may seem, it’s easy to forget them when emotions spike if a couple hasn’t intentionally considered and agreed upon them. As a pastor, it’s not rare for me to invite those who are struggling in their marriage or those who are brand new to marriage to commit themselves to following these rules.
So what are they?
Number 1: No name-calling. Sticks and stones aren’t the only things that hurt people. To angrily throw insults at one another can easily leave spouses feeling scarred due to how difficult it is to forget such pointed words, like, “How could you do something so stupid?!” What’s worse is that because name-calling often amounts to an unrighteous judgment of a person, it can easily provoke angry reactions like, “Okay, if she thinks I’m a slob, I’ll act like one! I’ll show her what a slob is.”
Number 2: No sarcasm. Even when spoken in a joking fashion, like, “Yeah, like I'm sure you'd follow through on that!”, it only leaves the listener feeling insecure as they wonder if the person they love really believes what they're saying in a joking fashion. The only things that are accomplished by such comments are to nurture unbelief in the speaker and uncertainty in the listener.
Number 3: NO YELLING! Yelling is simply verbal violence. It’s a way of seeking to achieve control of a situation by dominating it through sheer volume.
Number 4: Never walk away without permission. Again, this amounts to control. It’s a reflex of a coward who can’t face what’s being said. If it seems necessary to be apart for a period of time in order for emotions to cool, then ask permission to do so with an understanding that it’s unto purpose and that the disagreement will be resolved when a couple is together again. I used to need to go for a drive on the highway for awhile, and my head always felt clearer when I got home.
Number 5: Don’t contact your parents or siblings to get them involved. Blood is typically thicker than water, and family will find it difficult not to take sides with their dear son or daughter. This will only tempt them to get offended on behalf of their child thereby complicating the present situation and possibly poisoning their future view of the in-law. The leaving and cleaving principle is truly worth maintaining when in conflict with your spouse.
Number 6: Don’t bring matters up for which you’ve previously forgiven each other. If something has been forgiven, it’s not only off-limits in an argument, it has no place being on your mind at all! It should be considered washed away by the precious blood of Jesus!
Number 7: Don’t fight in front of your kids. This is important not only because it’s healthy for children to see their parents as united, but also because it provides very damaging role-modeling when kids see their parents breaking any of these rules toward someone they love.
Number 8: Never, ever, get physically aggressive. This is the worst form of control that can occur in an argument and must be considered completely off-limits. If there is ever a temptation in this area, breaking rule number 4 is forgivable!
Number 9: Don’t ever talk about divorce. If such talk comes up in an argument, all it does is sow insecurity into a marriage, and it’s difficult to regain such security once it’s been lost in this way.
Number 10: Resolve things the same day a fight happens. This means not going to bed angry, which means not letting the sun go down on your anger. And this can sometimes mean having quite a late night. Though depending on the hour, your level of tiredness and when you need to be up in the morning, it is sometimes better to come to a place of agreement before bed that you'll be sure to revisit the issue you're arguing over the next day with cooler heads rather than with exhausted heads late at night. In such cases, it's important to schedule a specific time that you will discuss it the next day and then briefly pray together, asking God to prepare your hearts for that discussion.
Number 11: Clearly express what you did wrong when apologizing and verbalize forgiveness. I’ve heard apologies like, “I’m sorry I made you angry” or “I’m sorry I hurt you.” Those aren’t apologies. They’re the avoidance of an apology. They’re deflecting the focus from oneself and one’s sin to the anger or hurt of the person who was sinned against. Truly apologizing means to specifically acknowledge one’s wrong, as in, “I’m sorry for being late and for reacting so harshly when you confronted me. I was wrong to do that.” It’s then very important to be just as clear when expressing forgiveness. Speak the words, “I forgive you” and don’t bring the matter up again.
Number 12: Don’t withhold affection after a matter has been resolved. In other words, rather than saying, “Let’s kiss and make-up”, it’s probably more accurate to say, “Let’s make-up and kiss!”

I don’t mind saying that I find a few of these rules particularly difficult to follow. But by God’s grace, I believe I can follow them all, and if my wife and I can maintain these boundaries when we argue, I know it’ll help every argument to be an opportunity for growth. So rather than focussing on the impossible goal of avoiding fights with that imperfect person at your side, ask God to help you fight by the rules, despite your own imperfections!