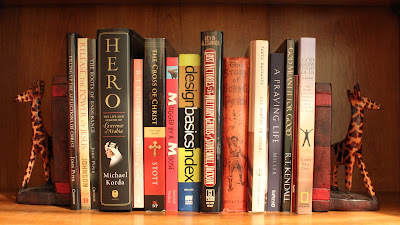 For the past two years, I've tracked what I've been reading here on my blog. If it's served no other purpose, I get the feeling that it has encouraged me to keep reading the books that I get started on. And just like I posted my 2010 reading list at the end of last December, below is a list of all the books that I read in 2011 (in the order I completed them).
For some reason, 2011 seemed to end up being the Year of the Biography for me. Eight of the 15 books below are either biographical or auto-biographical (and there's a ninth if I include Kendall's devotional book on the life of Joseph). I guess that's because when I'm not reading something devotional or theological, I tend to gravitate toward historical books, which are often about people rather than about events.

Apart from all the books listed here, I also read the Bible through each year. I believe the Bible is God's inspired Word to us, and of all the things I read, I see the Bible as what is most essential for me to be feeding on.
Perhaps there's a book listed here that you'd enjoy reading. And please feel free to leave a comment if there's a book you'd like to recommend that I read in 2012. Just please be patient with me, as I've already got a few books on my shelf that are waiting to be read!

Enlargements on our walls

I enjoy photography, though with no training in it and poor equipment for it, I'm not sure how well I do at it. But every so often I take a picture that I really like, and every so often I enlarge one to see if I'll like it even more on a wall. An enlargement can do wonders for pictures worth enlarging, and I've recently grown fond of going beyond 8x10s to 11x14s (my camera simply isn't good enough to go bigger, and besides, how much wall space can one use for such things?).

Here are six photos that I've recently enlarged and put into frames on our walls (you can click on any of them to see larger views of them). 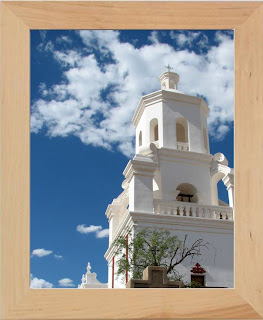 This photo was taken near Tucson, Arizona at a church building called Mission San Xavier del Bac. It was founded in 1692 by the Jesuits, making it the oldest (intact) European structure in Arizona. It was over 110 degrees in the shade on the day we visited, making it a challenge just to stand around in the sun snapping photos! 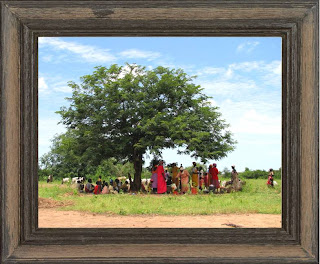 This photo was taken in Southern Sudan in the remote northwest province of Northern Bahr el-Ghazal. I went there with Aken Yel, who had been born in that province and who hadn't been back to see those who remained of his family for over 25 years. It was a thrill to witness many happy reunions. In this picture, the women are preparing a lunch for us from the recently slaughtered goat they're about to cook under that tree! 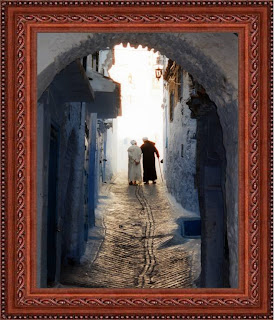 This photo didn't enlarge so well, but I loved it too much not to try. It was taken in Chefchaouen, Morocco with an old film camera, and I have since lost the negative, so this is an enlargement of a scanned 4x6 image. It was clear that as those two elderly men meandered up that ancient lane, they had a good deal to talk about! I managed to get this shot just in time. 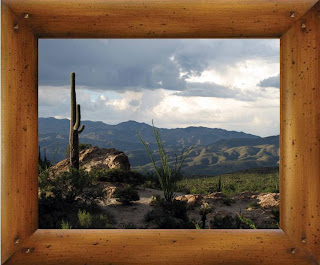 I love the desert. I lived in one for about a year in 1987, and I have always dreamed of one day visiting the southwest United States to wander about in cactus country! My family mocked me for the number of pictures I took, some from some fairly strange vantage points, but I didn't care. I would have stayed hours longer, oblivious to the heat, if I could have. 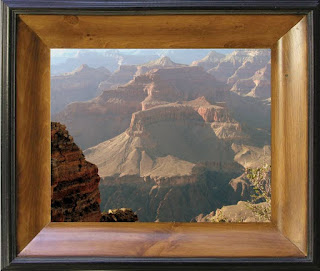 Another place I've long dreamed of visiting is the Grand Canyon. It was wonderful to hike in it as well as to simply stand at the edge of it, only partially able to take in the scale of it all. Two of my kids and I took a hike down and into the canyon for about an hour before we turned around. I loved it, and hope that one day I can see it all over again! 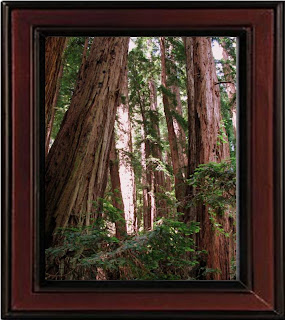 This photo was taken in Muir Woods, a park just north of San Francisco named after John Muir, a naturalist from the early twentieth century. The redwoods that tower there aren't as big as the sequoias of northern California, but they are still quite impressive as we walked among them.

So those are the 11x14 pictures adorning our walls these days, reminding us of some of the wonderful journeys we've had the privilege of taking over the years.