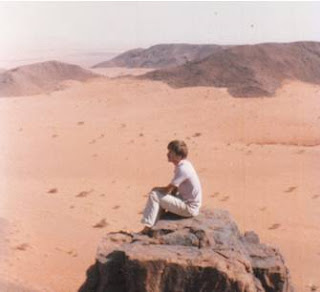 The following is a short story I wrote after living for a year in northern Sudan.  It's a true story about one of our many treks across a desert I grew to love as much as the people in it.  If you would like to send me a comment regarding this story, please click on the "contact me" button just below the "Remembering the Poor" book in the column to the right.