A Contrast to keep in mind for the New Year

As you begin the year 2018, encourage yourself with the wonderful contrast found in Psalm 147! The psalmist wrote in verse 3 that the LORD “heals the broken-hearted and binds up their wounds” (or literally, “their sorrows”), and then immediately added that God also “counts the number of stars; He gives names to all of them” (verse 4). Tenderness and awesomeness, side by side. The comforting arms that hold us capably hold the universe as well.

The psalmist wanted us to know that the same God who tenderly and caringly draws near to the struggling, the hurting, the discouraged and the disappointed is also the God who is great enough to name every single star in the universe.


And God calls each of those stars by an individual name. No wonder the very next verse in the psalm says, “Great is our Lord and abundant in strength; His understanding is infinite!” I can hardly remember one person’s name just 2 minutes after being introduced to them! Yet God can recall the names of 70 thousand million million million stars!
But this contrast goes even further. Even though God may know all the stars by name, He has much more than mere knowledge of our sorrows and disappointments. The psalmist writes that He “heals” those who are hurting, and carefully “binds up” their wounds and heartaches. Consider this! He tenderly touches us with those same strong hands that hold every massive star in the universe. And on top of that, because “His understanding is infinite,” we can be sure that we can trust His wisdom. He knows what He’s doing as He leads us through whatever we're going through.
So if you’re wearily carrying heartfelt sorrows or deferred hopes into this new year of 2018, take heart! The same God who has every star in the universe accounted for according to His infinite understanding and strength, is also attentively looking after our hearts.

I continue to find the reading of books far more engaging than watching television (or most other things). Someone recently joked that I should get a shirt that says, I'd rather be reading!, and wear it all the time. In fact, when I'm not reading (or working on a writing project, or at work), you'll sometimes find me making memes about books. Here's the latest one I created this year... 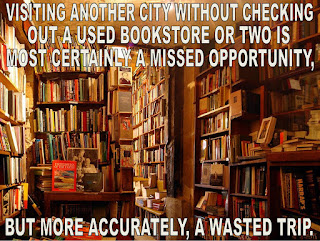 Apart from the books listed here, I read my Bible throughout the year. I believe the Bible is God's inspired Word to us, and of all the things I read, I see the Bible as what is most essential for me to be feeding on. Most of the postings I add to my blog are a result of my time spent reading God's Word.

Here are the books that I've read this past year... 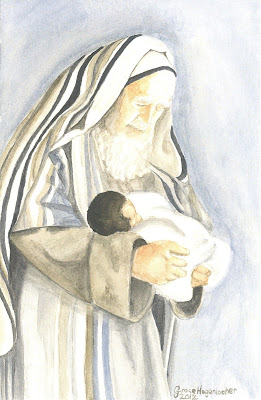 "Now there was a man"
Who'd been told he would see
The awaited Messiah
Before his death came to be.

How long did he wait,
After receiving that word?
How many nights dreaming
Of that promise he'd heard?

How many prayers
Did this Simeon pray
For the great consolation
That seemed so far away?

Did so many visits
Feel like such a great price –
All those walks to the temple
In search of the Christ?

Who was this good man –
This man without tribe –
Who represented his nation
In all that he cried?

Surely it pained him
At times through the years,
But God's Spirit was with him
To collect all his tears.

But then the day came –
Though nothing set it apart
Except for one Child
Whom he knew in his heart.

The Spirit did tell him
That this was the Boy –
The awaited Messiah!
And it gave him such joy!

The parents brought doves,
As gifts of the poor;
Though they were richer than any,
And their acceptance was sure.

For the child that they brought
To present unto God,
Had just come from heaven
Where angels He awed.

The man longed to hold Him,
He had waited so long –
A lifetime of waiting for He
Who would right all that's wrong.

He said this was the One
Who would save all the world,
His life and his purpose was
Heaven's banner unfurled.

So how did he feel
With his heart now replete;
His heart overflowing;
His life's longings complete?

He would never stop thinking
Of that baby he saw,
And as he pondered God's goodness,
He felt nothing but awe.

A Star at their Backs 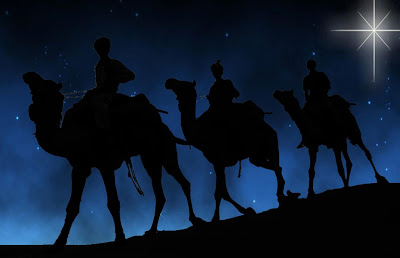 What were they thinking
As they made their way home,
Their backs turned to the King
On which the bright star had shone?

On their long journey home,
As they looked back with awe,
Did their hearts feel pulled back
Toward the Child that they saw?

And when they were with Him,
Were they eager to stay?
A star led them to Him,
But what led them away?

They’d come far to see Him,
Somehow sensing His fame;
But He’d come so much further
With them as part of His aim.

Bowing low, they gave gold
To that humble young Boy,
Who would give them Himself
So as to bring them great joy.

They must've longed to find out
How His life would progress,
Never dreaming that one day
Their own nation He'd bless.

What had they witnessed?
Their memories were blurs.
They had gone forth as seekers…
To return worshippers.

The Excitement of the Angels

Across the lofty unbridged void,
At God's great Throne above,
A host of angels were convened
To hear God's plan of love.

They heard how He would save the world
By sending His own Son.
They'd been called to speak of it,
And they must leave at once!

These mighty angels felt great joy
To be chosen and sent down,
They finally saw how God would save
The jewel of Creation's crown.

With excited hearts and blazing eyes,
They in set formations flew
Down from the heavens - like a flood
Of God's love for me and you.

They rushed urgently, eagerly!
They'd waited ages for this day.
Something planned from long ago,
Now they finally knew the Way.

Their destination was not grand,
Not a palace nor a crown;
Just a humble little pasturage
Outside a tiny town.

This luminescent heavenly troop
Looked not for crowds to grant a sight;
Just a few simple shepherds
Whom God took notice of this night.

Shepherds much ignored by most,
In a cold and lonely place;
Simple men God longed to draw
To receive His boundless grace.

The angels must have noticed
How fitting were these men;
The Saviour they would soon proclaim
Was a Shepherd just like them.

And these heralds must have also felt
A sense of buoyant mirth –
How would these sleepy men respond
When mighty angels hailed His birth?

They came upon them unawares,
Just resting with their flocks;
So to begin, just one shone forth
To reduce the initial shock!

That angel came upon them, lo –
As God's glory shone around;
The angel said, "Don't be afraid"
As the shepherds cowered down.

The angel shared good tidings, saying,
"All people" was who they’re for;
He said, "This day is born a Saviour,
which is Christ the Lord."

He told these simple, humble men
Of a Baby in a nook:
"Wrapped in swaddling clothes," he said,
"In a stable - go and look!"

Then suddenly! A multitude!
“Praise God!” the host did call.
"Glory to God in the highest,
Peace and good will toward all!”

Silence of centuries broken,
By the sound of what was sung,
The choir smiled at the wide-eyed men
As they watched them rise and run.

The shepherds fled, eager to see
The Babe that had been sent,
Then the angels sped into the skies,
Eager to share how it went.

Myriad angels were at the gates
To welcome the heralds back,
And so loud was their rejoicing,
Some on earth said, "What was that?"

Joy and Peace for Each and Every Day

Joy and peace have been dominant Christmas themes ever since angels came to dramatically announce Jesus’ birth. But God wants joy and peace to be dominant themes of our lives each and every day. That’s why the Apostle Paul wrote, “May the God of hope fill you with all joy and peace in believing, so that by the power of the Holy Spirit you may abound in hope” (Romans 15:13).

Paul’s blessing makes it clear how joy and peace can be everyday experiences in our lives. Paul essentially explains that “believing” is the tap handle we can turn for joy and peace to flow in our lives! But precisely what are we to believe? There are obviously many false and harmful beliefs that don’t result in joy and peace! The context makes it clear in Romans 15:8-12 that Paul is writing about believing and hoping in Jesus. “...In Him shall the Gentiles hope” (Romans 15:12).

These verses in Romans 15 highlight that Jesus, whom those angels excitedly announced, is the inexhaustible source of true joy and peace for those who believe in Him. But another biblical writer has a very helpful way of explaining how God wants our beliefs to be aimed: “...he who comes to God must believe that He is and that He is a rewarder of those who seek Him” (Hebrews 11:6). In other words, we’re called to believe very specifically that, no matter what the circumstances, God is who He says He is, and that all His promises of blessings and rewards for us are true.

The Christmas message is not lost in all this. Jesus came in that manger scene and ministered in this world to reveal who God is and how much He loves us. We’re told that Jesus is “the exact representation of His nature” (Hebrews 1:3). So this Christmas, whatever circumstances you may be facing, reach for that tap handle of believing that God is exactly who He has revealed Himself to be, and that all His promises are true for you. And abound in an enduring hope in He who “has been born for you a Saviour, who is Christ the Lord” (Luke 2:11)!